I think I’ve mentioned it before. Most Mennonites and other people I know are exceptional at giving people things. They know how to cook a …

Hospitality and the Duck Read More »

I was already musing about how the night might have been different for the disciples, when I thought of things from Jesus’ perspective. If I were about to embark on a terrible night, I think I would want my closest friends to know what was going to happen. I would want to be able to count on them to never leave. To be prepared with as much knowledge and training as possible. Maybe do some drills about how they would handle themselves when the mob came to the garden, or what he expected of them when he was being tried before Pilate.

Now, if you have no sentimental attachment to “things” you may not understand my struggle. All I can say is, those puzzle PJs stuck with me for a decade or more. They contain memories in each thread.

The neighborhood is beginning to simmer, like a long-dormant volcano. Seismic energy erupts through the fissures of society here on Brady Street as the sun shines and the temperatures warm. Children pour out of houses onto trampolines. Neighbors emerge without coats on trash day, and we get to exchange more hellos. It’s easier to park cars along the street because you don’t have to work around the snow piles that never got removed. The rumblings of spring have begun.

I may be having an identity crisis. But as I listen to the suffering of the wide world, I realize how blessed I am. I’m not in the hospital for a self-inflicted wound. My house didn’t just burn down. My husband didn’t just leave me. I didn’t fall and break a bone and lay on the floor for 18 hours before someone found me. 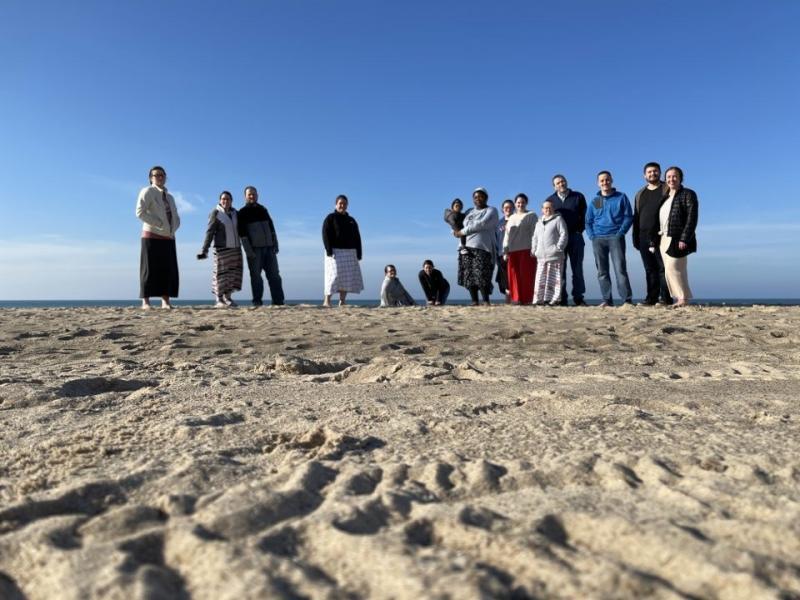 “What shall I write in my blog?” I asked Marnell late last night. “Hmmm. You should write…” he stopped to think. Then of course I …

A Song For Miracle Read More »